Depends if you’re visiting or just bored out of your mind!

(Native Foods is close by) and head to the Getty Center. It’ll really blow you away. Completed in 1997 it looks like EARTH in 2097 if we even make it that far!

#2A. Hike from the Trails Cafe up to the Griffith Park Observatory

Enjoy sweeping views of Los Angeles and the Hollywood sign on a CLEAR day.

The Trails Cafe has numerous vegan pastries / baked goods. Also, you can take out from Truly Vegan nearby and enjoy it at the cafe at the Observatory, which has outstanding views.
#2B. Drive up to the Observatory at NIGHT well BEFORE 10pm via VERMONT Ave and view all of Los Angeles from the roof of the observatory. Its the best night view in town. Afterward you can drop down to Truly Vegan (last food service is 9:45) and get some late night Vegan Thai/Breakfast just down the hill in Hollywood.

Roberston Blvd (famous for Kitson and the Ivy) eat at super vegan friendly NewsRoom Cafe and do a little Celeb watching
Montana Blvd in Santa Monica is a nice stroll for soccer mom’s and you can eat at Kreation Kafe.
Rodeo Dr has MCafe, Green Leaf’s Organic Salad Chop shop with a few Vegan dressings and Olivers Sports Bar has Vegan Wraps.
Real Food Daily is near the Beverly Center as is Vegan Glory

#4. Take a stroll down Abbot Kinney in Venice

and eat at SEED or J’s Kitchen both 100% vegan restaurants or grab a night bite at Shima that has veggie rolls, tofu steak and all vegan dessert menu.

#5. Go the the Largest Whole Foods in SoCal in Elsegundo

and eat at the Veggie Grill (hip vegan fast food)

and head up the PCH to the Getty Villa (you must print your tickets off the internet in advance: parking $10) and / or continue up to Point Dume and hike up a short trail to see Seals and a few islands.

#7. Catch a performance on Theater Row and grab a bite to eat at Cafe Muse (Vegan Friendly Cafe Open Late in the midst of the theater district also has vegan cupcakes from No Whey Vegan Bakery)

#8. Head out to the Valley and enjoy Madelines Bistro LA’s premier 100% vegan restaurant and stop by Follow Your Heart 100% Veg Grocery store to view the birth place of the famous vegan cheese and pick up some goodies for your ride/flight home.

WHERE SHOULD YOU STAY?!?!

My favorite hotel for tourists is the Ambrose http://www.ambrosehotel.com/ in Santa Monica (if it says its sold out, use hotels.com they block off rooms) you can rent bikes there, walk to vegan restaurants (chandni, golden mean, interim cafe, whole foods, santa monica co-op, real food daily) parking is great & its inexpensive by LA standards for something really nice and local, plus its a green hotel. 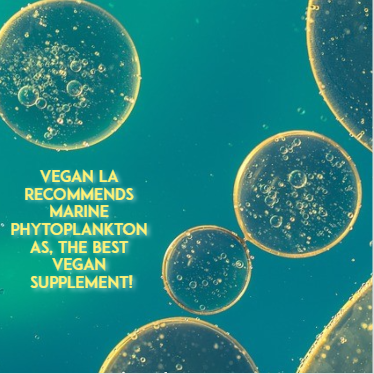